Documentary credits are known and used around the world as an instrument to secure proper payment of cross-border transactions1.

In a typical international commercial transaction in which an irrevocable documentary credit is used as the payment method give rise to a number of separate contracts and undertakings as shown in Figure 1., and explained below the contractual relationship involved.

Contract number 2 creates a business relationship between the importer (applicant) and the issuing bank (importer’s bank). The applicant is seeking his bank (issuing bank) to establish a conditional guarantee of payment in favour of the beneficiary (exporter), via the documentary credit instrument. Under these conditions, the bank is undertaking the credit risk of the applicant by providing an undertaking to pay the beneficiary, subject to certain conditions specified in the credit (these are discussed at contract number 3). As the issuing bank is assuming the credit risk of the applicant, a commercial risk assessment on the applicant will be performed and if the bank agrees, the application will be accepted and the documentary credit issued. It should be noted that it is common practice for banks to avail themselves of security from the applicant prior to issuing the credit. Depending on the results of the commercial risk assessment, the applicant may need to provide 100% security to the issuing bank, or a lesser amount, as the case may be. The form by which the security is provided is a matter decided between the bank and the applicant, and is not limited to such amount only.

Contract number 3 and undertaking number 3’ gives rise to the payment undertaking contract between the issuing bank and the beneficiary via intermediary (advising) exporter’s bank. The issuing bank guarantees payment to the exporter if all documents are presented in exact conformity with the terms of the documentary letter of credit2.

Because the advising bank performs functions designed to link it with the beneficiary, the last contract is formed.

Contract number 3 established a relationship between the advising bank and the beneficiary. The advice of a documentary credit only happens when the advising bank is satisfied as to the genuineness of the D/C. A number of security and verification check are conducted by the advising bank prior to release of the credit to the beneficiary. This is simply a matter of practice developed to counteract fraudulent activities. There is nothing preventing an issuing bank and a beneficiary from dealing directly with each other thereby by-passing the involvement of an advising bank. The problem with this approach, however, is that the beneficiary cannot check the validity of the letter of credit, simply because the beneficiary does not have access to the banks security systems. Therefore, a beneficiary acting in good faith against a credit received directly from a bank in a foreign country may unwittingly become the victim of fraud. Thus, from a risk management perspective, a documentary credit received directly should be treated with caution an suspicion, at least until due diligence checks have been conducted and the genuineness of the credit verified.

Contract number 4 establishes a service and agency contract between the issuing bank and intermediary (confirming) bank in the exporter’s country (other than advising). In practice the confirming bank is usually the exporter’s advising bank.

The undertaking number 4’ is a undertaking towards the beneficiary to confirm the credit with own, independent liability to effect payment upon presentation the documents, or accept or negotiate exporter’s draft(s) provided that the seller has presented the stipulated documents in accordance with the terms of the credit3.

Intermediary bank is instructed to act as nominated bank

Figure 1.: Typical contracts arising from a usual documentary credit transaction (advising bank may be the same as confirming bank),

The contracts and undertakings discussed above provide a contextual background for an explanation the following question relation relating to letter of credit important problem:

Can an issuing bank be a nominated bank?

If we try to analyze this core question in the context UCP (Uniform Customs and Practice for Documentary Credits) history and also from “availability” (of credit) point of view, we can conclude that Article 2 definition of nominated bank under UCP 600 (2007) should read as follows:

The concept of changing nominated bank’s name on the basis of availability of credit has still been going to either in an explicit or oblique manner. This new definition acknowledges, by the use of the term “available with any bank”, the fact that a documentary credit can be made available by payment, acceptance, deferred payment or negotiation with any bank.

The UCP 600 Drafting Group of ICC Banking Commission saw no reason why, with the correct structure with respect to the conditions for reimbursement, a credit available by payment, acceptance or deferred payment could not be made available with any bank, provided a reimbursing bank was authorized to honour a claim from any bank5.

With reference to above mentioned Article 2 UCP 600, it was revealed that the name of the nominated bank keep changing with the availability of the credit, i.e. paying bank, accepting bank, negotiating bank, etc.

In accordance the view of with Professor James E. Byrne, it is arguable that a nomination can effect to whom presentation may be made, the status of the bank: with respect to amendments, to revocable credits and in the event of claims of fraud on the part of the beneficiary or forged or fraudulent documents, or the ability of the bank to effect the transfer of drawing rights, and the entitlement to reimbursement. Nomination of a bank under an irrevocable credit gives an irrevocable right to a beneficiary to present documents to that bank for purposes of satisfying the condition that documents be timely presented prior to the expiration of the letter of credit whether or not it takes up its nomination. A nominated bank is not obligated to act by virtue of being nominated and may elect not to do so. With the expection of a confirming bank, a nominated bank does not make any engagement by advising the credit or by receiving a presentation, examining the credit, or forwarding it to the confirmer or issuer unless it expressly so indicates6 ( see Article 12, UCP 600 ).

The undertaking of the issuer in the documentary credit, however, is primary and must be honored without any claim, counter claim, set off or defence that the issuer or the applicant may have against the beneficiary. This “independence” of the letter of credit from the transaction between the applicant and the beneficiary is its special feature7.

Central to the letter of credit system is the concept of independence: the bank’s obligation on the documentary credit is completely separate from any of the contractual obligations of the underlying transaction, either the obligation of the buyer to pay the seller under ordinary principles that govern sales transactions, or any obligation that the buyer might have under an agreement or common-law principles to reimburse the bank for payments made on its behalf under the letter of credit8.

The bank’s obligation depends entirely on the beneficiary’s presentation of the documents that conform to the requirements of the documentary credit9. Indeed, the rules governing letters of credit so thoroughly separate the bank’s obligation to pay from ordinary context-laden principles of contract law, that it is best thought of, as an “abstract payment undertaking” – an enforceable undertaking to make payment wholly abstracted from the underlying transaction. 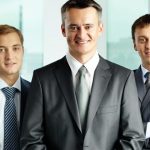