Introduction: Early and Contemporary History of Letter of Credit Rules

Under this heading we will make the comparative analysis of changes between a present version of ICC Uniform Customs and Practice for Documentary Credits (USP 600) – 2007 Revision and previous version UCP 500 – 1993 Revision. We will discuss each article of the UCP 600 – and come with comments, precautions and conclusions, but we start with a short history and background of the UCP.

This introduction contains a brief early history of the development of UCP. At the beginning, it should be noted, that before the first version of the ICC Uniform Customs and Practice for Documentary Credits was adopted UCP draft at the ICC`s congress in Amsterdam in 1929.1) A precursor to efforts to standardize of rules export commercial credits was Wilbert Ward, Chairman Commercial Credit Committee at American Acceptance Council. In early 1920, he chaired study group the New York Bankers Commercial Credit Conference. This group, comprised of representatives of 35 banking institutions, published in 1920 the Regulations Affecting Export Commercial Credits (RAECC).2) This document reflects the practice in the processing of export commercial letters of credit.3)

The regulations (amended in 1926 by the Junior Committee), addressed issues such as general responsibilities, interpretation of terms, definitions and general customs.4)

At should be added, that during the mid 1920s also other countries as Argentina, Czechoslovakia, Denmark, France, Germany, Italy, Norway and Sweden created rules for export commercial credits, but no known copies of these rules other than those of Denmark have been found.

In January 1928, several banks in Copenhagen published rules similar to those in the United States, what they entitled the Joint Regulations Governing the Handling of Documentary Credits Opened with the Principal Copenhagen Banks. These regulations like the American “Regulations”, were distributed to their correspondent banks.5)

Further steps towards international unification of regulations for the letters of credit have taken International Chamber of Commerce that was founded in 1919.

At the meeting on 20 October 1926, the Council of the ICC, at the suggestion of Wilbert Ward, referred the development of regulations on export commercial credits to the Committee on Bills of Exchange and Cheques. W. Ward proposed “that the ICC could render practical service to international trade by seeking to obtain international uniformity … and eliminate many difficulties between bankers and businessmen” by adopting uniform regulations on export commercial credits.6)

The second meeting Committee on Bills of Exchange and Cheques met on 7 and 8 February 1927 and reviewed a draft of what was the titled the Uniform Regulations on Export Commercial Credits which was prepared by the Committee based on practices contained in rules already existing in the countries above – mentioned.

The record of the meeting states:

“At its meeting on February 7th and 8th, 1927 the Committee considered draft uniform regulations for export commercial credits prepared by the experts on the basis of the practice already obtaining in the above – mentioned countries. This draft dealt with the various kinds of credits and the undertakings they imply, with the responsibilities which banks decline to assume, with documents which the banks accept (bills of lading, insurance policies, underwriters` certificates and invoices, etc.) and with the meaning of certain banking terms and the definitions of certain banking customs”. After the discussion of the draft, the Committee on Bills of Exchange and Cheques requested the Secretary General to send the draft to ICC national committees for their opinions. The draft was sent out with the draft a detailed table showing the regulations already adopted in various countries.7)

The further meeting of the Committee on Bills of Exchange and Cheques met again on 27 April to consider replies from the certain national committees. The Committee felt that the responses were not numerous enough to permit it to arrive at international uniformity. It requested that the draft be sent again to the national committees requesting comment and that the work of the committee be extended “until such time as it has carried its work to a logical conclusion”.

At ICC`s fourth Congress, held in Stockholm from 27 June to 2 July 1927, the above – mentioned Committee made its report on the “Standardization of Export Commercial Credits”. This draft was printed in ICC brochure No. 48.

The Committee reported that while they had received excellent comments on the draft, the replies from ICC national committees were not numerous enough to arrive at a “really international result”. They requested that the time for comment be extended allow other national committees to present their views. The Committee on Bills of Exchange and Cheques formally requested to the Congress to “extend its mission until such time as it has carried its work to a logical conclusion, that is, until the draft Uniform Regulations on Export Commercial Credits … have been finally prepared”. They also requested to the Congress to appeal to all national committees to provide comments.

The application of the RAECC in the United States (and later adherence to the UCP), and rules developed in other countries devoted only to export credits, had their reasons. In the days when countries had very limited laws covering letters of credit and rules were being formulated, it was believed that if banks complied with rules only for export credits, they would not run afoul of local laws in the country where examination of documents usually took place. By establishing rules for export credits, negotiating and confirming banks would always be assured of confirming to their national law and national rules established by banking practice.8)

The result of the consideration was a draft what they entitled “Uniform Regulations for Commercial Documentary Credits”.

This is the last known discussion of drafts of the rules regulations made by ICC prior to the publication of the first edition of above – mentioned rules in 1933.

It should be noted that, after the 1929 draft of the Uniform Regulations for Commercial Documentary Credits was circulated and discussed by the ICC national committees, the first version of UCP created by ICC, was a revision of the 1929 draft of UCP, formally called the Uniform Customs and Practice for Commercial Documentary Credits (Brochure 82).

It should be also added that, there is no record of any meetings or formal drafts of the rules from the 1929 draft until the publishing of mentioned brochure in 1933. It appears that there were no meetings during this period and that work was carried out by mail between those involved in drafting the regulations. If there were meetings, there is no record at ICC of them nor evidence in the files of the IFSA (International Financial Services Association), that any representatives from the United States attended. This was most likely due to the Great Depression.

With all early mentioned rules, the draft of 1929 is basic for UCP 1933 and further amendments of the Uniform Customs and Practice for Documentary Credits.

In the excellent publication of ICC No. 683, written and compiled by Dan Taylor in 2008, is a very important remark:

At the time, 128 bank in the United States also agreed to adopt the UCP, applying it only to export credits and with the provision that American Foreign Trade Definitions be incorporated. At the request of and on behalf of ICC, the Committee on Foreign Banking distributed the Uniform Customs and Practice for Documentary Credits to banks in the United States, Canada and all of Latin America.

The exceptions incorporating the American Foreign Trade Definitions were referred to as “Guiding Provisions” and were annotated in the version of the UCP distributed by the Committee on Foreign Banking.

In 1946, the UCP as adopted in the US was amended to account for the changes made to the American Foreign Trade Definitions in July 1941, commonly referred to as the Revised American Foreign Trade Definitions. This is only known change to the UCP between 1938, when the United States adopted the rules, and 1949 when a revision of the UCP was undertaken by International Chamber of Commerce”.9)

Such was the early history of UCP while the present essentially changed the world modern rules of using documentary letter of credit.

Since their initial adoption by ICC in 1929, the UCP have been revised seven times. The latest seventh revision became effective on 1 July 2007 (ICC Publication No. 600).

The first version of Uniform Customs and Practice for Documentary Credits was acknowledged and used by banks predominantly in Belgium, France, Germany, Italy, Romania, the Netherland and Switzerland. After Second World War, the changing trade practices led to the first revision of the UCP in 1951 and after this revision, the rules gained more and more international acceptance (however Great Britain and the Commonwealth did not recognize them). It should be noted, that certain articles of the UCP were interpreted differently from country to country. For that reason the second revision of the UCP in 1962 aimed to adjust the rules to new developments in trade (and in banking sector) and to create security by a more precise wording of the UCP. This revision aimed to increase the UCP, international acceptance, and the rules was acknowledged by banks in 178 countries and territories including the countries of the Commonwealth.10)

As worldwide transportation and shipment systems became more sophisticated, a further -the third revision of the rules was adopted in 1974. The intensive development of new models of transport (container transport and so-called combined transport 11) called for an update of the UCP at that time.

New technical standards in transportation, telecommunications and insurance led to another revision of the UCP in 1983, which addressed for the first time deferred payment credits.12)

The further revision of the rules in 1993 was influenced not so much by technical developments as by international changes in trade rules 13) and shipping documents. Stated differently, it also attempted to make the existing rules easier to use to eliminate ambiguity.

The most recent revision of the UCP in 2007 has been drafted with a view to clarifying the most important issues that were unclear by the UCP 500. It follows from this that most differences between UCP 500 and UCP 600 are clarifications rather than actual changes. Many of the provisions of the UCP deal with the relationship between banks engaged in a particular letter of credit transactions. As a result, a majority of changes affect the banks’ “international” relationship and have only a indirect effect on the traders on whose behalf the documentary credit is operating.

The stated goal of the current revision has been identical to previous ones, i.e.:

In a note to its members and the national committees the ICC itself labelled the new revision as “the most comprehensive in the entire history of the rules”. Comprehensiveness however did not lead to substantive changes. Whereas UCP 500 contained 49 articles, UCP 600 now has 39 articles that are clearer, more concise and more organised. This change is mostly cosmetic however, since substantive changes are barely noticeable. An exception to the foregoing is the shortening of time to examine documents from seven to five banking days.14) 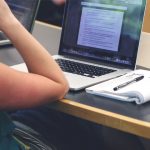