“The Uniform Customs and Practice for Documentary Credits, 2007 Revision, ICC Publication No. 600 (“UCP”) are rules that apply to any documentary credit (“credit”) (including, to the extent to which they may be applicable, any standby letter of credit) when the text of the credit expressly indicates that it is subject to these rules. They are binding on all parties thereto unless expressly modified or excluded by the credit”.1)

On the first view, very little seems to have changed from the UCP 500 standard.

“The Uniform Customs and Practice for Documentary Credits, 1993 Revision, ICC Publication No. 500, shall apply to all Documentary Credits (including to the extent to which they may be applicable, Standby Letter(s) of Credit) where they are incorporated into the text of the Credit. They are binding on all parties thereto, unless otherwise expressly stipulated in the Credit”.2)

However, there are some subtle differences that affect the structure and content of UCP 600:

It is worth noting that, the article 1 of the UCP 500 stated that it applied whenever the parties incorporated it in to the text of the credit. Article 1 of the UCP 600 has introduced a significant change to the applicability of the rules. Now the UCP 600 articles are considered “rules”. Accordingly, when the letter of credit expressly states that it is governed by the   UCP 600 the contracting parties are bound by the rules set out in the UCP 600 and may exclude or modify its application by express wording to that effect in the credit document. It is arguable that this provision will reinforce the legal status of the UCP 600.

This is the first time that the UCP has been mentioned in the context of rules. By establishing the articles as rules negates the need for an article to either commerce or include the words “unless otherwise stipulated in the credit” or similar. Article 1 of the UCP 600 allows any rule (the concept in UCP 600 is that a rule is a rule) to be modified or excluded by the terms and conditions of a credit.

It should be noted that this article change the premise that the UCP are effective when they are incorporated into the text of the documentary credit, to the concept that they are effective when the text of the documentary credit expressly indicates that it is subject to the UCP. According to the views of Drafting Group ICC Banking Commission, a number of the questions were raised concerning the previous language when SWIFT was used to transmit the documentary credit. Unfortunately, despite clarifications in the SWIFT rules, the questions continued to be posed. As above mentioned, early in the drafting process, the ICC Banking Commission decided to change the article to require express incorporation and asked SWIFT to make changes to its system to accommodate this change. These changes have been implemented by SWIFT within the SWIFT MT 700, 710 and 720 message standards so that the issuing bank is able to specifically indicate the applicability of the rules in the SWIFT message and the documentary credit.

It should be added that in many cases in past versions of the UCP, the phrase “unless otherwise stipulated in the credit” or similar phrases were used in the articles. The Drafting Group of ICC Banking Commission decided that significant improvements in the style and readability of the rules could be made by eliminating this phrase throughout the rules. In order to make this change, in accordance with the view of ICC Banking Commission, it was decided that article 1 should state that a modification or exclusion should be expressly stated in the documentary credit itself. This inclusion in article 1 means that any article of the rules may be modified or excluded by express wording to that effect or by exclusion in the documentary credit.

In conclusion, it should be noted that is difference between the notion standby letter of credit according to the UCP 600 and ISP 98.

In most situations, according the view Professor James E. Byrne 1) , those involved have sufficient clarity as to which undertaking with which they are working. That there may be some overlap is not a source of significant difficulty.

It should be noted that the failure to perform one`s part in an underlying standby agreement is normally referred to as a default situation. Of course a standby does not necessarily have to depict a default situation, but for simplification purposes at this stage we will assume that it does.

Hence, it can be argued that a standby letter of credit in essence is a bank guarantee. This would have been true if it wasn`t for the following two major differences that distinguish one instrument from the other:

A documentary letter of credit is an arrangement however named or described, whereby a bank that acts according to instructions received from customer (the applicant, usually the buyer) commits itself to pay an amount to a third party (the beneficiary, usually the seller) by a certain date against that party`s presentation of stipulated documents complying with the credit.

In other words, a documentary letter of credit can be simply defined as a conditional guarantee of payment made by the bank issuing letter of credit to a named beneficiary, guaranteeing that payment will be made, provided that the terms of the credit are met. 3)

However, it should be added that the U.S. Uniform Commercial Code (UCC, Article 5 – Letter of Credit) in the section 5 – 102 – Definitions (10) 4), contains a definition of letter of credit, which is absent in the ICC regulations UCP 600.

This definition is as follows:

“The letter of credit means a definite undertaking that satisfies the requirements of section 5 – 104 5) by an issuer (issuing bank) to a beneficiary (seller) at the request or for the account of an applicant (buyer) or, in the case of a financial institution, to itself or for its own account, to honor a documentary presentation by payment or delivery of an item of value”.

In addition, it should be noted that in the UCC, Article 5 section 5 – 108 (e) is a following provision:

It is worth noting that according to United States Uniform Commercial Code (U.C.C. Article 5 – Letters of Credit: § 5 – 101) a letter of credit is an idiosyncratic form of undertaking that supports performance of an obligation incurred in a separate financial, mercantile, or other transaction or arrangement. 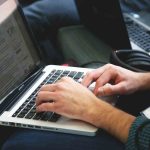 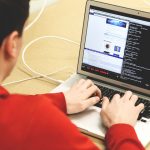