One of the most difficult aspects of studying law is coping with legal terminology of understanding the different ways in which terms can be used, as for example, the term common law.

The term common law can be difficult to define as it is used in two different ways:

The first connotation distinguish the authority that promulgated a law. For example, most areas of law in most Anglo-American jurisdictions include „statutory law” enacted by a legislature, „regulatory law” promulgated by executive branch agencies pursuant to delegation of rule-making authority from the legislature, and common law or „case law”, i.e., decisions issued by courts (or quasi-judicial tribunals within agencies).

In this context is interesting what relation is between statute law and codified law. It is useful to remember that statute or statutory law is written law (as opposed to oral or customary law) set down by a legislature or other governing authority such as the functioning of government, improve civil order, to codify existing law, or for an individual or company to obtain special treatment.

The term codified law is sometimes used as a synonym for statutory law in general. In a more narrow technical sense, however, this term refers to the statutes that have been organized („codified”) by subject matter, in this narrower sense, some but all statutes are considered „codified”[3].

It should be also added that the specific feature of common law is following: common law refers to law and the corresponding legal system developed through decisions of courts and similar tribunals (called case law), rather than through legislative statutes or executive action. It should be remember that common law is a law created and refined by judges: a decision in a currently pending legal case depends on decisions in previous cases and effects the law to applied in future cases. When there is no authoritative statement of the law, judges have the authority and duty to make law by creating precedent. The body of the precedent is called „common law” and it binds future decisions[4].

The second connotation explain the fundamental difference between the two systems lies in the fact that most civil law jurisdictions have written codes which are designed to cover every area of law. Common law systems, on the other hand, are based on judge-made law, which is developed on a case by case basis, although (particularly in technical areas) statutes play an increasingly important role.

It is commonly said that a common law and civil law legal traditions share similar social objectives (individualism, liberalism and personal rights) and they have in fact been joined, as already mentioned, in one single family, the Western law family, because of this functional similarity[5].

A major difference between the civil law and common law is, however, that priority in civil law is given to doctrine (including the codifier’s reports) over jurisprudence while the opposite is true in the common law (it can be explained by the role of the legislator in both traditions[6].

It should be also added that the historical roots of two legal systems critically influence the major differences, because the common law traditions sees law as an instrument only to limit state government, whereas according to the civil law tradition, it limits but also empowers state government. If the constitution is seen as an instrument not only to limit state power but also to empower state agencies to change the society, it may have a different, more direct effect upon development process.

It is also crucial to know, what the understanding of the label „rule of law” is. It may have two totally different meanings according to the country tradition:

The next major difference between the both legal systems are indicated below, in the table 1.1 and 1.2.

Source: Prepared on the ground of a publication: „Common Law and Continental Law – Two Legal Systems” (adapted by V. Butty and based on a text by Professor Th. Fleiner, Director Institute of Federalism, Fribourg, April 22, 2005, pp. 27).

Table 1.2. Comparison of some differences between common law and civil law systems.

The third connotation distinguish a common law rule from a rule of equity. The last is a body developed by the English courts of chancery to supplement the rigid common law of the time. It is quite important to remember, that before 1873, England had to parallel court systems:

This split propagated to many of the British colonies, including the United States[7]. For most purposes, most jurisdictions, including the U.S. federal system and most states, have merged.

[1] It should be noted that the United States adopted the common law as it applied in the 13 original colonies at the date of independence. It has since been developed by the States (except Louisiana, which as a former French colony has very different legal system) and by the Federal Courts and Supreme Court.
[2] A. Całus, „Przewodnik po źródłach i podstawowych instytucjach prawa prywatnego (handlowego) w systemach prawnych Europy kontynentalnej, Wlk. Brytanii i USA”, Międzynarodowa Szkoła Menadżerów, Warszawa, 1992, pp. 48–58.
[3] Ibidem, pp. 61–64, and see also: N. Morag-Levine, „Agency statutory interpretation and the rule of common law”, Michigan State Law Review, Vol. 51, Spring 2009, pp. 55–60.
[4] S. Foster, „Should Courts Give Stare Decisis Effect to Statutory Interpretation Methodology?”, The Georgetown Law Journal, Vol. 96, 2008, pp. 1867–1869.
[5] R. David and J.E.C. Brierley, „Major Legal Systems in the World Today”, (3rd Ed.), Stevens & Sons, London, 1985, at pp. 25–26.
[6] For example, the civil law adopts Montesquieu’s theory of separation of powers whereby the function of the legislator is to legislate, and the function of the courts is to apply the law. Common law, on the other hand, finds in judge-made precedent the core of its law.
[7] As colonies gained independence from Great Britain, most adopted British common law as the basis for their legal systems. For example, following the American Revolution in 1776, one of the first legislative acts undertaken by each of the newly-independent states was to adopt a „reception statute”. A reception statute was a statutory law in a former British colony enacting (i.e. retaining) pre-independence English law, to the extent not explicitly rejected by the legislative body or constitution of the new nation. Some states enacted reception statutes as legislative statutes, while other states received the English common law through provisions of the state’s constitution, and some by court decisions. British traditions such as the monarchy were rejected by the U.S. Constitution, but many British common law traditions such as habeas corpus, jury trials, and various other civil liberties were adopted in the United States. It should be also added, that under the doctrine of reception, if a colonized territory has a pre-existing legal system, the native law would apply (effectively a dorm of indirect rule) until formally superseded by the English law, through Royal Prerogative subjected to the Westminster Parliament. Significant elements of British common law prior to 1776 still remain in effect in many jurisdictions in the United States, because they never been rejected by American courts of legislatures.
Law 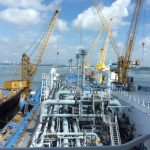